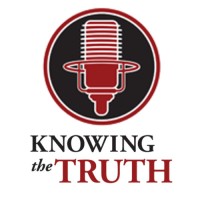 Today I had the privilege to join Kevin Boling on his radio program “Knowing the Truth” out of the Greenville, SC area. I have known Kevin for several years now and have been honored to join him on his show a few times.

In this interview, we discussed the new edition of First Freedom: The Beginning and End of Religious Liberty. I contributed a chapter to that volume entitled, “Religious Liberty and the Gospel.”

Over the course of our discussion we covered some of the biblical context for religious liberty, the connection between America and the ancient Roman Empire, and implications of religious liberty for all religions.

You can listen to the interview here. You can purchase a copy of the book on Amazon or other book retailers (as of Oct 17, the first print run of the book sold out, but the publisher assures us that more copies will be available sooner than Amazon currently reports).