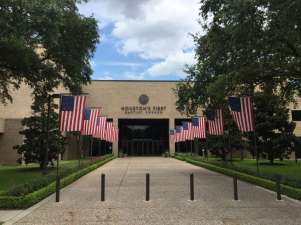 “If you are at a church that collects money, someone is stealing.” That is how a guest speaker in my Family and Church Financial Stewardship class opened his lecture on protecting the church’s money. My students were dumbfounded as he recounted a few stories ranging from stealing quarters out of a drink machine to embezzlement. Honestly, the first time I heard him give this lecture several years ago, I was surprised myself. Unfortunately, I am not surprised any more.

Just this week a former minister at Houston’s First Baptist Church was indicted for embezzling over $800,000 from the church between 2011 and 2017. News outlets report that he spent the money on family vacations, groceries, and a doctoral degree from a Bible college.[1]

Why would anyone do this?

This is a difficult question to answer. On some level, we can probably start by looking to the Tenth Commandment. In Exodus 20:17 we read, “You shall not covet your neighbor’s house; you shall not covet your neighbor’s wife or his male servant or his female servant or his ox or his donkey or anything that belongs to your neighbor.” Most people do not wake up in the morning plotting how they can steal money from the church. It starts as a problem with the heart, coveting what they do not have and contemplating how to use someone else’s resources to attain it. The desire starts small but blossoms into an uncontrollable passion to take what is not your own.

James describes the progression of sin this way: “But each one is tempted when he is carried away and enticed by his own lust. Then when lust has conceived, it gives birth to sin; and when sin is accomplished, it brings forth death” (James 1:14-15). Temptation leads to lust. Lust conceives sin. Sin brings forth death. That is why we must examine our hearts. We often allow something to grow and fester in our hearts that ultimately leads to sin and death. We need to stop it at the heart level.

How can we protect the church’s money?

This is a central question of the class I mentioned earlier. I think we all want to believe that everyone who handles the church’s money can be trusted implicitly. However, if that were true, tragic situations like the one in Houston would never happen. Here are a few principles that will help prevent such situations.

These basic principles are not going to fix all the problems a church may have with protecting money, but they are a step on the right direction. Ultimately, we have to remember that no church is safe from having money stolen, but we need to take necessary measures to prevent it whenever possible.

If you are interested in the class mentioned above, STWLD 3603: Family and Church Financial Stewardship will be offered in the spring 2019 semester both on campus and online. Current Southwestern Baptist Theological Seminary students can register for the class with the Registrar’s Office. If you are not currently a student, contact the Admissions Office about applying to become a student.